In this report, we present the characterization of CaCoIVO3 perovskite thin films prepared from the oxidation of CaCoIIIO2.5 brownmillerite films using a NaClO solution. The oxidation state and octahedral coordination of cobalt in CaCoO3 is confirmed by comparing with that of SrCoO3 via Co-L2,3 edge soft X-ray absorption spectroscopy.

Oxides containing late transition metals with high oxidation states have been a fascinating playground for the study of exotic charge transfers, magnetic and electronic transport properties with notably ferromagnetism in SrCoIVO3, Sr2CoIVO4[1–4] and BaFeIVO3[5] and negative thermal expansion (BiNiIIIO3, SrCu3FeIV4O12, etc..).[6,7] The electronic structure of materials containing cations with high valence, Fe4+, Co4+, Ni3+ and Cu3+ is unusual with respect to conventional oxides. The high oxidation state of these small cations leads to unusually low lying partially-filled 3d bands which strongly hybridizes with O2p bands. This results in strong covalent bonds where a negative charge transfer (Δ) from the O2p to the 3d bands can occur resulting in the formation of holes L on the ligand so called “ligand-hole”. The resulting electronic structure of the cations is considered as Co3+L for Co4+ or Cu2+L for Cu3+.[8–17]

In this study, we investigated the oxidation state of cobalt in CaCoO3 thin films, a perovskite containing the cobalt in the 4+ formal valence. While the bulk form has been reported to be obtainable via high pressure and high temperature synthesis,[18,19] here the perovskite was prepared from the topochemical oxidation of the CaCoO2.5 brownmillerite films deposited onto a (LaAlO3)0.3(SrAl0.5Ta0.5O3)0.7 (LSAT) substrate. The perovskite structure and the oxidation state of cobalt is confirmed by diffraction and soft X-ray absorption spectroscopy at the Co L2,3-edge as well as comparison with SrCoO3 films.

A polycrystalline target with a nominal composition CaCoO2.5 was prepared by solid state reaction. A stoichiometric mixture of CaCO3 (Rare Metallic, 99.99 %), SrCO3 (Rare Metallic, 99.99 %) and Co3O4 (Wako, Practical Grade) was calcined in air at 700 ºC during 12 h for a complete decarbonation. The mixture was finely ground, pressed into pellets and sintered in air at 800 ºC for 24 h. Brownmillerite-type CaCoO2.5 films were grown on LSAT (0 0 1) substrates (Crystal Base Co., Ltd.) (cubic, ap = 3.868 Å) by pulsed laser deposition (PLD). Deposition was carried out with a KrF excimer laser pulse with a λ = 248 nm wavelength, a 2 Hz frequency and 0.7 J/cm2 energy density. During the reaction, the O2 pressure was kept at 5 Pa and the substrate temperature was set to 650-700 ºC. The film was grown for 20 minutes with a thickness estimated around 100 nm. Next, the films were cooled down to room temperature at a 20 ºC /min rate.

Precursor films were next oxidized by placing them in a NaClO solution (Wako, available chlorine 5.0 %). Oxidation of the films was monitored by a Smart Lab Rigaku Cu Kα X-ray diffractometer (Figure 1). The reaction was considered complete when the lowest angle (0 0 1/2)p peak that indicates the stacked octahedra and tetrahedra layers of the brownmillerite structure disappeared. Extinction of this peak suggested the sole presence of octahedral layers and therefore the main presence of a perovskite structure. Longer reaction times did not show difference on XRD patterns. 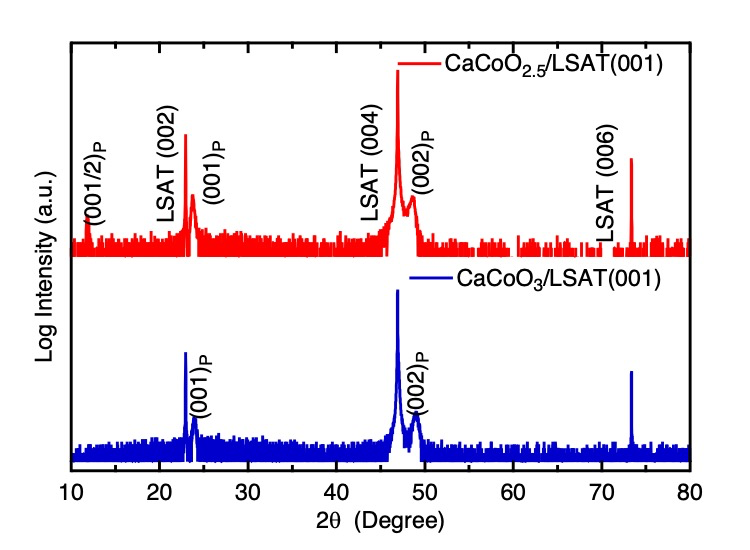 Fig. 1. Out of plane XRD patterns of precursor film and after NaClO oxidization at room temperature for 6 days.

Oxidation of SrCoO3 films could be achieved in one day as reported in ref. [1]. Once the reaction complete, samples were extracted from the NaClO solution and rinsed with deionized water. The crystal structures of the oxidized films were examined by a Cu Kα X-ray diffractometer (Smart Lab, Rigaku).

The XAS measurements around the Co L-edges were carried out at BL27SU of SPring-8, Japan. The XAS data were collected at 300 K using both surface-sensitive electron yield method and bulk-sensitive fluorescence yield. The energy resolution ΔE at Co L-edges was set to 150 meV

Figure 1 shows the out-of-plane XRD patterns of as-grown CaCoO2.5 films on LSAT indexed by (00l) reflections corresponding to the primitive perovskite unit cell (a ~ 3.74 Å). Presence of (00l/2) peaks due to the ordered oxygen deficiencies in the octahedra-tetrahedra-octahedra layers sequence of the brownmillerite structure can be observed in agreement with previous reports.[20] The c-axis lattice parameter estimated from the profiles was 14.96 Å (ap = 3.74 Å), which is comparable to the 14.88 Å (ap = 3.72 Å) and 14.92 Å values reported in previous thin film and single crystal studies.[20,21] The as-synthesized films were oxidized using a dilute NaClO solution at room temperature. This oxidizing agent was previously used by Ichikawa et al. to oxidize SrCoO2.5 films to SrCoO3 at RT within one hour.[1] Here, for CaCoO2.5 films, six days were necessary to yield a supposed CaCoO3. The longer time in the CaCoO2.5 oxidation in comparison to SrCoO2.5 (50 minutes)[1] may be due to the smaller ionic radius of Ca2+ (134 pm) in comparison to Sr2+ (144 pm).[22] Unlike the oxidation of SrCoO2.5 which first oxidizes to SrCoO2.87 and finally to SrCoO3, no intermediates could be observed for the CaCoO3-x system.

As seen in Fig. 1, the (001) and (002) reflections that could be observed in the brownmillerite phase, remained after oxidation witnessing a topochemical intercalation of oxygen species. The out-of-plane lattice parameter of the obtained phase (3.72 Å) is fairly similar to that of the brownmillerite structure (ap = 3.74 Å), which again is in marked contrast with the oxidation of SrCoO2.5 with an out-plane lattice parameter evolving from 4.0 Å to 3.86 Å and finally to 3.82 Å on LSAT.[1] The smaller lattice parameter observed in this case is due to the oxidation of the Co3+ to a smaller Co4+.

To confirm the oxidation of the phase, we investigated the valence state of Co in brownmillerite-type CaCoO2.5 films and oxidized films using soft-XAS measurements at the Co-L2,3 edge (Fig. 2). The two peaks L2 and L3¬ at the Co-L edge originate from transitions of electrons from the Co-2p core-states to hole-states of the d character. The more intensive peak L3 (2p3/2 → 3d transition) is observed at lower energy (780 eV) with respect to the L2 peak (2p1/2 → 3d transition) (796 eV). Comparison of the absorption spectra for CaCoO3 and CaCoO2.5 (Fig. 2) reveals a shift of both L2 and L3 peaks (~ 0.2 eV) toward higher energy indicative of the oxidation of Co3+ to Co4+. To confirm this, we compared the spectra of both CaCoO3 films and SrCoO3 (inset of Figure 2). Both patterns superimpose nearly ideally on one another, which indicates that both phases should be in the same oxidation state (Co4+). Further evidence can be also obtained by observing the lack of difference not only in peak position but also in the shape and shoulders of these peaks that indicate similar local structural (octahedra only) and electronic features (Co4+) for both materials.[23] 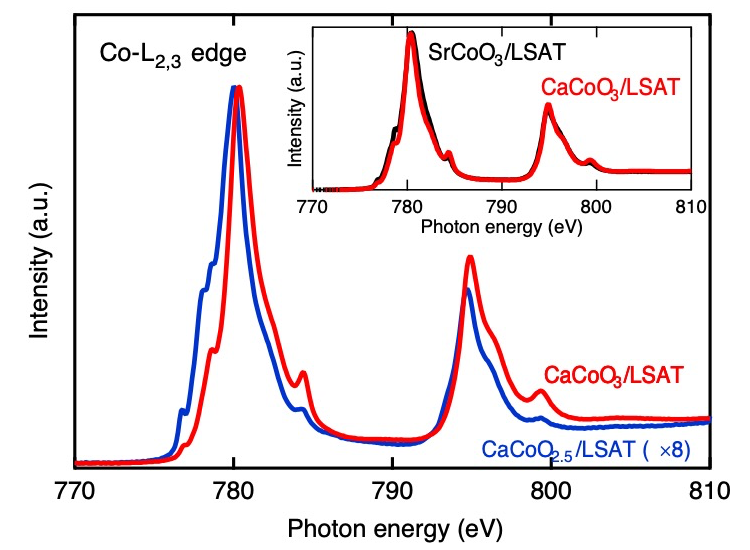 Fig. 2. XAS Co-L2,3 edge spectra of precursor film and after NaClO oxidization at room temperature for 6 days. The inset compares the spectrum of SrCoO3 and CaCoO3 films.

We showed that the synthesis of CaCoO3 films could be achieved by oxidation of a brownmillerite using a NaClO solution. Understanding the properties of the CaCoO3 thin films will require further studies among which the determination of its genuine magnetic and spin state.